We are humbled and grateful to announce that Tocqueville members and long-term United Way supporters Dave and Debbie Walker have made a $1 Million donation to United Way Suncoast to help children in the community.

“The Walker gift will support underserved children and families through a variety of educational early literacy initiatives across the Suncoast service area, including Hillsborough, Pinellas, Manatee, Sarasota and DeSoto counties,” said Suzanne McCormick, president and CEO of United Way Suncoast. “Not only are the Walkers incredibly generous with their support here on the Suncoast, they are also making an additional $1 Million gift to United Way of Greater Cincinnati to support Every Child Succeeds, an early literacy initiative there.” 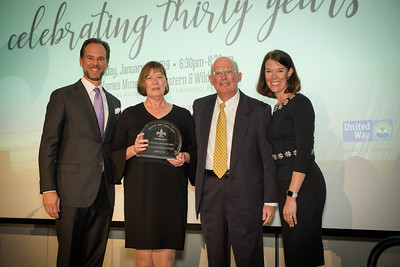 The Walkers retired to the Tampa Bay area more than a decade ago, following Dave’s successful career with Procter & Gamble in Cincinnati. They have been United Way supporters for decades. Over the last three decades Dave has served on the Board for Every Child Succeeds, United Way of Greater Cincinnati, United Way of Pasco County and United Way Suncoast.

“Intervening early is always better, more effective and more financially efficient,” said Walker. “When a child falls behind, it’s harder to get back on course as the child gets further along. Debbie and I want to help more children excel and achieve their full potential as financially secure adults.”

Thanks to the Walkers’ commitment and generosity, children in our community will have a better chance to reach that full potential. Read the full press release here.

Ask Donna Drackett to describe herself and she’ll tell you she’s a mother, wife, daughter…

Sign up to receive news and updates from United Way Suncoast