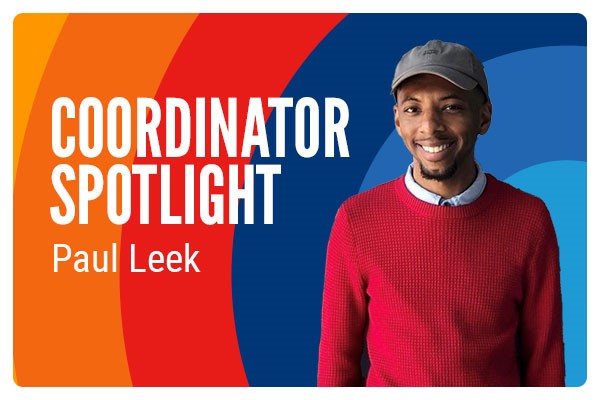 Some of you may be surprised to know that our Corporate Partners aren’t the only ones who run United Way campaigns each year. That’s right, strategic community partners also run yearly campaigns. One such partner is Bay Area Legal Services (BALS).

Their campaign is headed up by Paul Leek, development campaign specialist, whose primary role is to manage and track their annual fundraising campaigns along with focusing on their three-year Justice Works! Campaign. Though Paul has only been with BALS for two years, his role has given him great insight into the many causes and organizations supported through United Way Suncoast. As he says, “With the support from generous community members, we can maximize the resources and services of what causes mean the most to you, which could be life-saving or life-changing to someone.”

During campaign, their team hosts United Way focused games (like bingo placemat) with small giveaways and the CEO and Deputy Director spark friendly competition amongst different teams with 100% participation the goal. With 160+ employees split into nine offices across three counties, Paul appreciates the chance to “unite through generosity,” allowing him to meet new faces and connect with colleagues that he doesn’t get a chance to see very often. 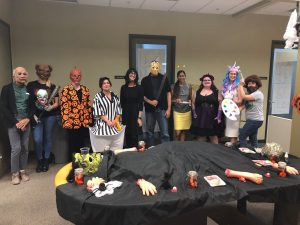 Holding their annual United Way campaign in October gives them a great opportunity for some spooky good times. Costume contests are always a draw. In 2019, during Paul’s first year, Bay Area Legal transformed into a haunted house complete with spooky decorations and horrifying props. Bone-chilling music only added to the dramatic effect. Staff who made a pledge were granted entry and a chance to show off their costumes.

Though United Way’s annual Week of Caring normally happens around the same time of year as Bay Area Legal’s campaign, this year it moved to April to coincided with National Volunteer Month. Paul eagerly signed up for the Letters of Encouragement project, sharing words of gratitude for area teachers.

Outside of work, Paul loves to travel; 2020 made that difficult but he looks forward to new adventures, hoping to get to Austin, TX and Thailand in the not too distant future. His other favorite thing is dessert! Cheesecake might be tops on the list, but his sweet tooth makes it hard to resist cake, cookies, pie, cobbler……..well, you get the picture. We definitely think Paul deserves a couple sweet treats for all his hard work helping our community.