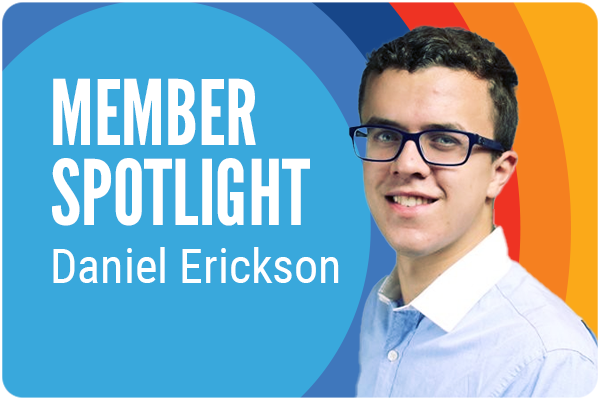 Giving back to his community is nothing new for Daniel Erickson. In fact, his history of serving others and connection to United Way Suncoast, began at a young age. While attending Jefferson High School in Tampa, he participated in a set of Community Conversations hosted by United Way Suncoast and the Alliance for Public Schools. That one act opened the door to a variety of opportunities that have led to Daniel becoming a member of the Young Leaders’ Society.

From the Community Conversations, he was nominated by a UWS employee to serve on the board of America’s Promise Alliance, which works to give every child the chance to succeed. During that time, he  developed a passion for student and youth voice in education policy, founding the Student Alliance for Public Schools, a coalition of students across area high schools that work with school faculty and leadership to develop positive and sustainable school-level change. He received a Tampa Bay Lightning Community Hero Award for this work and donated the $25,000 prize to United Way in support of Youth Voice initiatives in local high schools.

After graduation, he attended Boston University where he continued his interest in education policy and school-community relations, compiling a “Theory of Change” within education policy alongside researchers at the School of Education’s Center for Promise. But, he never forgot his roots, spending his summers giving back in a variety of ways including as a program assistant at the West Tampa Boys & Girls Club, through the Bank of America student leaders program,  where he worked with students in a United Way supported SummerCare program. He also interned for two summers with the Office of U.S. Congresswoman Kathy Castor, working with constituents to resolve the challenges they face with local and national government bodies.

After graduation, Daniel joined Tribidge, a local cloud computing company. He now works as a Technology Consultant with Mazars, a multinational audit and tax firm, developing solutions using Enterprise Resource Planning systems and Virtual Reality to help businesses adapt to change. In his free time Daniel is an avid runner and enjoys reading whatever he can get his hands on.

When asked for his thought on United Way Suncoast, Daniel doesn’t hold back.

“In my young life, United Way and its members have taught me so much about what it means to live a life of service. They have been a constant supporter of student-led initiatives I have participated in as part of the GradNation campaign and continue to be a beacon of light amongst the challenges our community faces. I would tell anyone who is looking to get connected to great people and make a positive impact to engage with their local United Way.”

We are so grateful for community members like Daniel who give of themselves so that others have the Freedom to Rise. 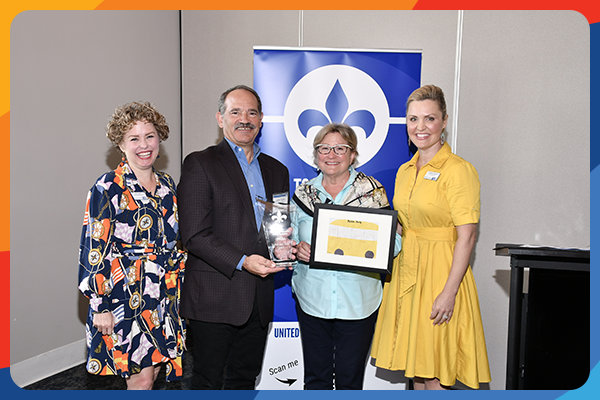 The Pinellas County School Board approved a motion on Feb. 22 to extend the school…