When St. Petersburg Mayor Rick Kriseman visited our Campbell Park Resource Center on March 6th as part of our Tocqueville Society Speaker Series, community concern about the coronavirus was growing and it was just one of many topics that Mayor Kriseman talked about on that day.

With just 700 days left in his term at that time, Mayor Kriseman reflected on what had been accomplished and what still needed to be done before leaving what he referred to as the “best job in the world.”

For the Mayor, opportunity is key to creating better and stronger neighborhoods – the topic that brought him to the Campbell Park Resource Center – and he was quick to note that the city can’t solve all the problems in our community and it certainly can’t take them on without the assistance of community partners who are committed to the same purpose. That was how the community’s need for a one-stop resource center became a reality and when the Campbell Park Resource Center opened its doors, it was the partnership between the city of St. Petersburg, United Way Suncoast, Duke Energy, Pinellas County Schools and the Tampa Bay Rays that brought that vision to life.

As Mayor Kriseman stated, “We can’t do what we do in the city of St. Petersburg without partners and we’re so glad to have United Way as a strong partner.”

While brick and mortar is important to growing a city, according to the Mayor, investing in human infrastructure is equally important and the city is committed to building cradle to career pathways, creating housing that’s affordable, improving relations between the city and community members through relationship-oriented policing and taking on other important issues to lift up and empower its residents and ensure that St. Petersburg will be a city of opportunity for everyone.

When asked about the coronavirus, Mayor Kriseman was quick to say that the city of St. Petersburg’s emergency operations director was “on top of it” but he added, “It’s just a matter of time before it gets here.” With Pinellas County’s state of emergency declaration coming just one week later, his remarks could not have been more accurate.

Our thanks to Mayor Rick Kriseman for joining us and special thanks to Tocqueville Society member James Camp, chair of United Way Suncoast’s Tampa Bay Area Board and a member of United Way’s Community Impact Committee, for serving as our event host.

To view photos from the event, go here. For additional information about the Tocqueville Society Speaker series, contact: 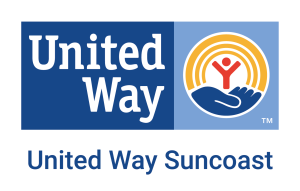 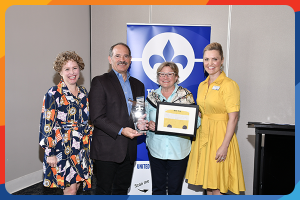